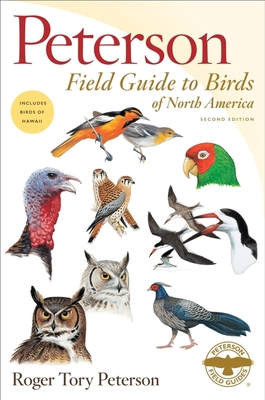 A new edition of the best-selling field guide with 25 all-new plates covering the birds of Hawaii.

For decades, the Peterson Field Guide to Birds has been a popular and trusted guide for birders of all levels, thanks to its famous system of identification and unparalleled illustrations. Now that the American Birding Association has expanded its species Checklist to include Hawaii, the Peterson Guide is the first edition to include the wonderful and exotic species of our fiftieth state. In addition, the text and range maps have been updated, and much of the art has been touched up to reflect current knowledge.

ROGER TORY PETERSON, one of the world’s greatest naturalists, received every major award for ornithology, natural science, and conservation as well as numerous honorary degrees, medals, and citations, including the Presidential Medal of Freedom. The Peterson Identification System has been called the greatest invention since binoculars.