Satire & the State: Sketch Comedy and the Presidency (Paperback) 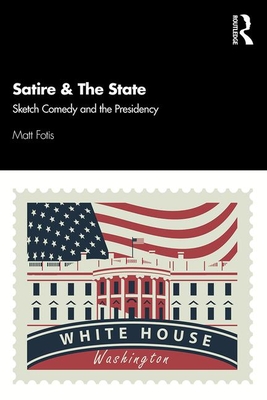 By Matt Fotis
Email or call for price.

Satire & The State focuses on performance-based satire, most often seen in sketch comedy, from 1960 to the present, and explores how sketch comedy has shaped the way Americans view the president and themselves.

Numerous sketch comedy portrayals of presidents that have seeped into the American consciousness - Chevy Chase's Gerald Ford, Dana Carvey's George H.W. Bush, and Will Ferrell's George W. Bush all worked to shape the actual politician's public persona. The book analyzes these sketches and many others, illustrating how comedy is at the heart of the health and function of American democracy. At its best, satire aimed at the presidency can work as a populist check on executive power, becoming one of the most important weapons for everyday Americans against tyranny and political corruption. At its worst, satire can reflect and promote racism, misogyny, and homophobia in America.

Written for students of Theatre, Performance, Political Science, and Media Studies courses, as well as readers with an interest in political comedy, Satire & The State offers a deeper understanding of the relationship between comedy and the presidency, and the ways in which satire becomes a window into the culture, principles, and beliefs of a country.

Matt Fotis is an Associate Professor of Theatre at Albright College. He is the author of Long Form Improvisation and American Comedy: The Harold (2014), and coauthor of The Comedy Improv Handbook (2015).