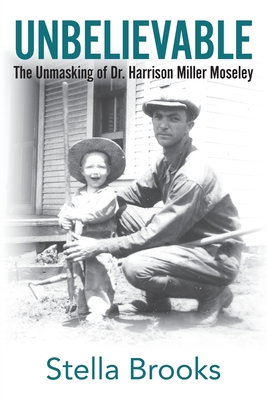 Stella Brooks was honored with the only lengthy interview Miller ever gave and unmasked details of his phenomenal achievements and inspirational courage. He vividly described his fantastic life working in the world's most famous laboratory with new details not previously known. His wonderful dry humor and personality brought a special sentiment to his inspirational life.

Drawing from her numerous exclusive one on one recorded visits with Miller and extensive research Stella Brooks shows Miller's emotional side as well as his achievements in the classroom, the football field and the Manhattan Project.

Stella brings to life the emotional and personal journey of a young boy, Harrison Miller Moseley, as he works to turn his losses into becoming a self-sufficient man through academics and football. Miller is not your usual high school football star or your usual scientist. Miller accomplished more in his lifetime than those born with a silver spoon. He was only five years old when his father contracted typhoid fever and died. His mother was busy working through her own grief as well as struggling financially during the depression. Later, she registered her children in an orphanage, The Masonic Home and School in Fort Worth, Texas.

Miller held his emotion inside his small five year old frame. He conquered fears, emptiness and poverty to become a sticky fingered, quick left end for the highly successful '38 Masonic Home football team rightfully earning the honor of All District Player. The entire State of Texas and beyond cheered the Underdog orphans to the Semifinal State championship. As a college student, Miller would receive the invitation of a life time. Albert Einstein would ask Miller to join the Manhattan Project working on the atomic bomb. Miller was a contributor on the Atomic Bomb project that changed world history and introduced the world to nuclear energy.

Strengthening Miller's biography are five highly influential key figures: 1) Nathan Rosen, Einstein's right hand man whose previous collaboration with Einstein and Boris Podolsky had resulted in the most important paper Einstein would write after moving to America. The paper was the Einstein-Podolsky-Rosen paradox or the EPR paradox. Rosen was Miller's professor at the University of North Carolina at Chapel Hill and encouraged Albert Einstein to include Miller on the (atomic bomb) Manhattan Project. Nathan Rosen and Miller co-authored scientific papers, and Miller's dissertation was signed by the great Nathan Rosen. 2) Philip Abelson, the renowned Scientist who invented the liquid thermal diffusion isotope separation technique which proved critical in creating sufficient fuel for the atomic bomb. Philip Abelson wanted to take an atomic bomb out into the country for a test, but Miller successfully talked him out of it. 3) Mr. R. N. Russell, one of the most gifted football coaches' to walk on the Gridiron and into the lives of the orphans. He made a promise to God to make a difference in a child's life and through God's grace, he invented the never seen before short passing game and trick plays used in the NFL today for a group of orphans. 4) Mr. Fletcher, the beloved Masonic Home and School Superintendent, who later offered Miller a full scholarship to Texas Christian University. That significant gift would set the stage for work on the most famous project in the world. 5.) Frank Tolbert, sportswriter, whose remarkable illustrations of the Masonic Home Football games and practices in the Fort Worth Star Telegram captured the excitement and created an archive of proof this unbelievable team was real. Each of these individual's made a big impact on Miller's life as well as the world. At last, UNBELIEVABLE, The Unmasking of Dr. Harrison Miller Moseley.