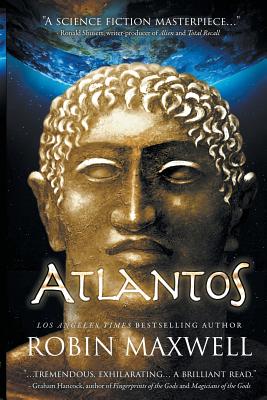 Inspired by the writings of Plato 12,000 years in the past... On two primeval sister-planets two magnificent civilizations hurtle towards their cataclysmic destinies. Poseidon and Athens Ra are the two rival brothers who govern them. They possess advanced technos and all-too-human passions. Are they gods or are they men? Level-headed Terresian explorer and scientist Poseidon Ra commands an expedition to Erthe where a routine genetic protocol on the aboriginal population has unexpectedly triggered a staggering leap in human evolution. He quickly realizes that he's traveled 940 million miles across the solar system only to fall in love with a planet...and its exceptionally advanced, exquisite native daughter. Sensualist and bad boy Athens Ra has been tasked with governing the mining colony of Mars - a life-sustaining mission crucial to the survival of the home world. The drilling spawns riches beyond imagining, and enemies that are the stuff of nightmares. One brother discovers a love that will change the course of history, the other...monsters, madness and death.