The Reinvention of Mexico in Contemporary Spanish Travel Writing (Paperback) 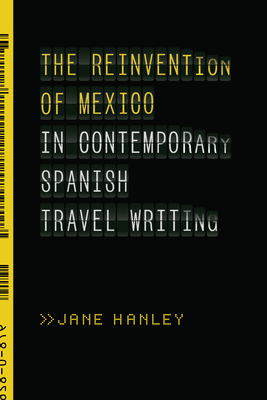 By Jane Hanley
Email or call for price.

The long history of transatlantic movement in the Spanish-speaking world has had a significant impact on present-day concepts of Mexico and the implications of representing Mexico and Latin America more generally in Spain, Europe, and throughout the world. In addition to analyzing texts that have received little to no critical attention, this book examines the connections between contemporary travel, including the local dynamics of encounters and the global circulation of information, and the significant influence of the history of exchange between Spain and Mexico in the construction of existing ideas of place. To frame the analysis of contemporary travel writing, author Jane Hanley examines key moments in the history of Mexican-Spanish relations, including the origins of narratives regarding Spaniards' sense of Mexico's similarity to and difference from Spain. This history underpins the discussion of the role of Spanish travelers in their encounters with Mexican peoples and places and their reflection on their own role as communicators of cultural meaning and participants in the tourist economy with its impact--both negative and positive--on places.

Jane Hanley is a senior lecturer in Spanish and Latin American studies at Macquarie University in Sydney, Australia.