The Widow Washington: The Life of Mary Washington (Hardcover) 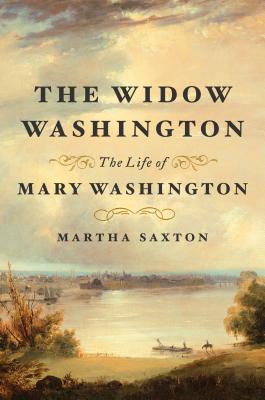 An insightful biography of Mary Ball Washington, the mother of our nation's father

The Widow Washington is the first life of Mary Ball Washington, George Washington’s mother, based on archival sources. Her son’s biographers have, for the most part, painted her as self-centered and crude, a trial and an obstacle to her oldest child. But the records tell a very different story. Mary Ball, the daughter of a wealthy planter and a formerly indentured servant, was orphaned young and grew up working hard, practicing frugality and piety. Stepping into Virginia’s upper class, she married an older man, the planter Augustine Washington, with whom she had five children before his death eleven years later. As a widow deprived of most of her late husband’s properties, Mary struggled to raise her children, but managed to secure them places among Virginia’s elite. In her later years, she and her wealthy son George had a contentious relationship, often disagreeing over money, with George dismissing as imaginary her fears of poverty and helplessness.

Yet Mary Ball Washington had a greater impact on George than mothers of that time and place usually had on their sons. George did not have the wealth or freedom to enjoy the indulged adolescence typical of young men among the planter class. Mary’s demanding mothering imbued him with many of the moral and religious principles by which he lived. The two were strikingly similar, though the commanding demeanor, persistence, athleticism, penny-pinching, and irascibility that they shared have served the memory of the country’s father immeasurably better than that of his mother. Martha Saxton’s The Widow Washington is a necessary and deeply insightful corrective, telling the story of Mary’s long, arduous life on its own terms, and not treating her as her son’s satellite.

Martha Saxton is an assistant professor of history and women's and gender studies at Amherst College. She is the author of several books, including Louisa May Alcott: A Modern Biography. She lives in New York City.

“Brilliant and gripping . . . Drawing on local histories and archaeology as well as letters, diaries and a broad knowledge of related historiography, The Widow Washington is a clear-eyed biography of the mother of our first president and a fascinating window into the generation before the American Revolution’s founding fathers and mothers. Ms. Saxton’s vivid storytelling transforms the considerable genealogical work behind this history into poignant drama.” —Kathleen DuVal, The Wall Street Journal

“Saxton creates a sensitive and plausible . . . picture that richly evokes Mary’s interior life and the world of a slaveholding widow and planter in eighteenth-century Virginia . . . In Saxton’s able hands, Mary Washington’s story vividly illuminates the role white women played in the creation and transmission of wealth in early America, the frictions that patriarchal inheritance created between mothers and sons, and the tremendous price paid by the enslaved people who made much of Virginia’s wealth possible.” —Marjoleine Kars, The Washington Post

“Saxton offers a sensitive, sharply drawn portrait of a resourceful woman whose early losses made her anxious and fearful for life . . . A sympathetic look at George Washington’s mother [and] a fresh perspective on Colonial America.” —Kirkus Reviews

“An accessible and vivid exploration of the life of George Washington’s mother . . . [Saxton] brings to life the social context of the time . . . [Despite] the absence of much primary source material . . . [Saxton] comes as close as anyone is likely to in accurately recounting [Mary] Washington’s life. This complex, warts-and-all portrait brings a fresh angle to colonial American history.” —Publishers Weekly