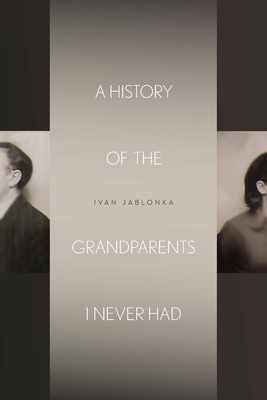 Ivan Jablonka's grandparents' lives ended long before his began: although Mat's and Idesa Jablonka were his family, they were perfect strangers. When he set out to uncover their story, Jablonka had little to work with. Neither of them was the least bit famous, and they left little behind except their two orphaned children, a handful of letters, and a passport. Persecuted as communists in Poland, as refugees in France, and then as Jews under the Vichy regime, Mat's and Idesa lived their short lives underground. They were overcome by the tragedies of the twentieth century: Stalinism, the mounting dangers in Europe during the 1930s, the Second World War, and the destruction of European Jews. Jablonka's challenge was, as a historian, to rigorously distance himself and yet, as family, to invest himself completely in their story. Imagined oppositions collapsed-between scholarly research and personal commitment, between established facts and the passion of the one recording them, between history and the art of storytelling. To write this book, Jablonka traveled to three continents; met the handful of survivors of his grandparents' era, their descendants, and some of his far-flung cousins; and investigated twenty different archives. And in the process, he reflected on his own family and his responsibilities to his father, the orphaned son, and to his own children and the family wounds they all inherited. A History of the Grandparents I Never Had cannot bring Mat's and Idesa to life, but Jablonka succeeds in bringing them, as he soberly puts it, to light. The result is a gripping story, a profound reflection, and an absolutely extraordinary history.