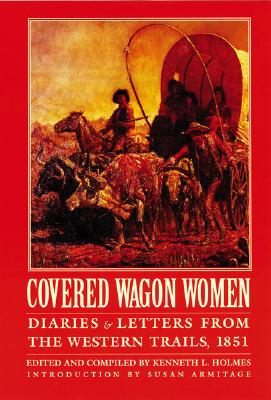 This is book number 3 in the Covered Wagon Women series.

The wagon trains to California greatly decreased in 1851 as reports of deadly cholera on the trail the year before and strikeouts in gold prospecting became known. Those who did go west—about 2,160 men and 1,440 women—tended toward Oregon's rich Willamette Valley because of a new federal land law that awarded a husband and wife a full section.

Volume 3 of Covered Wagon Women contains the diaries and letters of six Oregon-bound women, as well as the journal of an English Mormon woman who described her experience all the way from Liverpool to Salt Lake City. The words of these pioneer women convey their exhilaration, courage, exhaustion, and terror in traveling so far into the unknown.