The Power of Music: Pioneering Discoveries in the New Science of Song (Paperback) 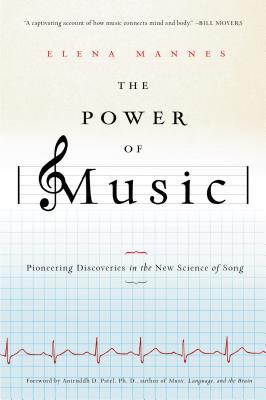 The award-winning creator of the acclaimed documentary "The Music Instinct: Science & Song," explores the power of music and its connection to the body, the brain, and the world of nature. Only recently has science sought in earnest to understand and explain this impact. One remarkable recent study, analyzing the cries of newborns, shows that infants' cries contain common musical intervals. Physics experiments show that sound waves can physically change the structure of a material; musician and world-famous conductor Daniel Barenboim believes musical sound vibrations physically penetrate our bodies, shifting molecules as they do.

The Power of Music follows visionary researchers and accomplished musicians to the crossroads of science and culture, to discover: how much of our musicality is learned and how much is innate? Can examining the biological foundations of music help scientists unravel the intricate web of human cognition and brain function? Why is music virtually universal across cultures and time--does it provide some evolutionary advantage? Can music make people healthier? Might music contain organizing principles of harmonic vibration that underlie the cosmos itself?

Elena Mannes has won six Emmys and many other national awards for her documentaries. She is a member of one of the first families of American music. Her grandparents founded the Mannes College of Music in New York City; her great uncle, Walter Damrosch, conducted the Metropolitan Opera and was the instigator for the building of Carnegie Hall. She lives in New York City.