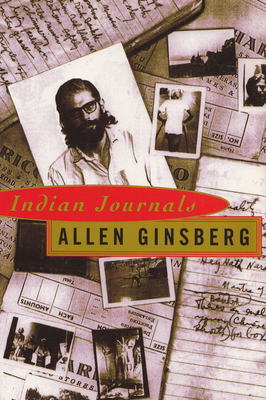 The leading poet of the Beat generation and late-twentieth-century American letters, a spokesman for the antiwar generation, an icon of the counterculture, Allen Ginsberg led a movement that profoundly altered the American literary and cultural landscapes. Indian Journals collects Ginsberg's writing from a 1962-63 stay in India. It is wonderfully far-reaching, imaginative, at times intensely private, and always in possession of a hallucinatory clarity that affirms Ginsberg's truly great ability, as well as his ebullient spirit.

Indian Journals took half a decade to transcribe and edit; when it was originally published in 1970 it catalyzed a large movement of young Western pilgrims to explore India and Eastern thought. This perfect combination of text and images, Indian Journals is testimony to Ginsberg's passionate interest in Eastern religion and mysticism and contains the initial ideas that compose some of his greatest poems. Published more than thirty years ago, Ginsberg's intimate writings on India will be reissued in conjunction with the 50th anniversary of Howl's publication.