The Next Upsurge: Labor and the New Social Movements (Paperback) 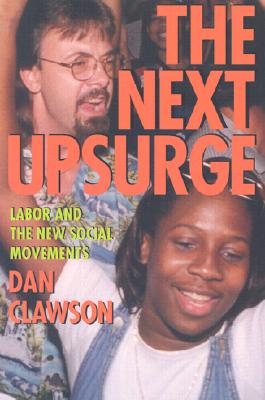 By Dan Clawson
Email or call for price.

The U.S. labor movement may be on the verge of massive growth, according to Dan Clawson. He argues that unions don't grow slowly and incrementally, but rather in bursts. Even if the AFL-CIO could organize twice as many members per year as it now does, it would take thirty years to return to the levels of union membership that existed when Ronald Reagan was elected president. In contrast, labor membership more than quadrupled in the years from 1934 to 1945. For there to be a new upsurge, Clawson asserts, labor must fuse with social movements concerned with race, gender, and global justice.The new forms may create a labor movement that breaks down the boundaries between union and community or between work and family issues. Clawson finds that this is already happening in some parts of the labor movement: labor has endorsed global justice and opposed war in Iraq, student activists combat sweatshops, unions struggle for immigrant rights. Innovative campaigns of this sort, Clawson shows, create new strategies--determined by workers rather than union organizers--that redefine the very meaning of the labor movement. The Next Upsurge presents a range of examples from attempts to replace macho unions with more feminist models to campaigns linking labor and community issues and attempts to establish cross-border solidarity and a living wage.