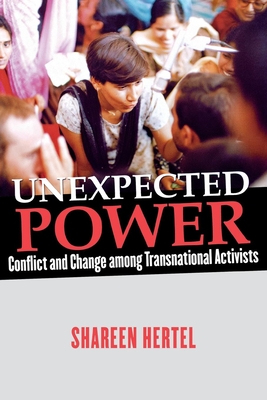 By Shareen Hertel
Email or call for price.

U.S. human rights advocacy has long focused on civil and political rights-issues such as torture, censorship, and lack of democratic freedoms abroad. In the 1990s a series of high-profile anti-sweatshop and fair-trade campaigns shifted the spotlight to labor issues. But as human rights activists in the United States and elsewhere take up the cause of economic exploitation, they don't always agree on the nature of the problem, or on what should be done to address it. What is more, they do not necessarily have the final say: in many cases, the focus of a campaign will shift when local activists make their voices heard or when the imported aims of nongovernmental organizations conflict with the goals of the people they intend to help.

Shareen Hertel explores the dramatic negotiations within cross-border human rights campaigns. Activists on the receiving end of such campaigns do much more than seek the help of powerful allies beyond their borders. They often also challenge outsiders' understandings of basic human rights--in some cases, directly (by blocking campaigns intended to help them) and in other cases, indirectly (by employing backdoor moves aimed at more subtly introducing new human rights norms). Hertel looks closely at struggles for human rights in two contexts: Bangladesh, where activists challenged the understanding of human rights central to an international campaign to prevent child labor in that country, and Mexico, where activists sought to broaden the scope of efforts to prevent discrimination against pregnant workers in their country. Hertel connects these unexpected challenges to a new wave of international advocacy, and thereby illuminates democratic struggles in the new global economy.

Shareen Hertel is Associate Professor of Political Science at the University of Connecticut.