Auschwitz: Not Long Ago. Not Far Away. (Hardcover) 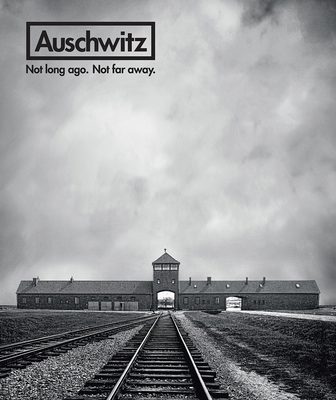 This book tells a story to shake the conscience of the world.

It is the catalogue of the first-ever traveling exhibition about the Auschwitz concentration camp, where 1.1 million people—mostly Jews, but also non-Jewish Poles, Roma, and others—lost their lives.

More than 280 objects and images from the exhibition are illustrated herein. Drawn from the Auschwitz-Birkenau State Museum and other collections around the world, they range from the intimate (such as victims’ family snapshots and personal belongings) to the immense (an actual surviving barrack from the Auschwitz III–Monowitz satellite camp); all are eloquent in their testimony.

An authoritative yet accessible text weaves the stories behind these artifacts into an encompassing history of Auschwitz—from a Polish town at the crossroads of Europe, to the dark center of the Holocaust, to a powerful site of remembrance.

Auschwitz: Not long ago. Not far away. is an essential volume for everyone who is interested in history and its lessons.

Robert Jan van Pelt is chief curator of the exhibition Auschwitz: Not Long Ago. Not Far Away. Van Pelt, professor of cultural history in the School of Architecture at the University of Waterloo, is known internationally as one of the leading authorities on the history and architecture of the Auschwitz concentration camp. In 1997–98, he presided over the team that developed the master plan to preserve the camp, and in 2000 he served as expert witness for the defense in the famous libel case instigated by the British historian and Holocaust denier David Irving. Born in Haarlem, Van Pelt has published several books on Auschwitz, including the award-winning Auschwitz: 1270 to the Present (with Debórah Dwork) and The Case for Auschwitz. He co-curated the exhibition The Evidence Room, displayed at the Venice Biennale in 2016.

. . . Historian van Pelt (Auschwitz: 1270 to the Present) offers not only a catalog of the exhibit but an authoritative history of the transformation of the small Polish village named after the Aramaic word for guests to a Nazi death camp where 1.1 million people were killed. . . Whether readers have visited the Auschwitz museum or are experiencing it here for the first time, this comprehensive yet accessible work presents a sobering history. Highly recommended for both public and academic libraries.

In this haunting work, historians Van Pelt, Ferreiro, and Greenbaum present a powerful companion to the eponymous international exhibition. . . This informative and disturbing photographic history serves as an immensely moving reminder of the atrocities of Auschwitz.
— Publishers Weekly