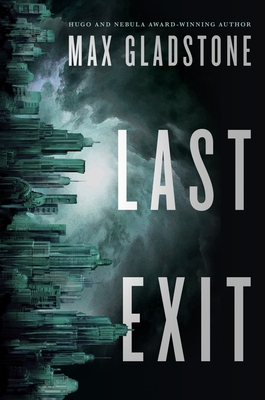 When Zelda and her friends first met, in college, they believed they had all the answers. They had figured out a big secret about how the world worked and they thought that meant they could change things.

They failed. One of their own fell, to darkness and rot.

Ten years later, they've drifted apart, building lives for themselves, families, fortunes. All but Zelda. She's still wandering the backroads of the nation. She's still fighting monsters. She knows: the past isn't over. It's not even past.

The road's still there. The rot's still waiting. They can't hide from it any more. Because, at long last, their friend is coming home. And hell is coming with her.

“A novel carved by hand out of salt and rock and bone. This is what the Great American Novel wishes it could be: honest, furious, in love.”—Hugo and Nebula Award-winning author Amal El-Mohtar

“[A] deliriously strange novel of alternate universes and dysfunctional explorers. This gloriously metaphysical adventure will stick with you long after you return to the so-called real world.”—Hugo and Nebula Award-winning author Charlie Jane Anders

Hugo, Nebula, and Locus Award–winning author of the Craft Sequence of fantasy novels, MAX GLADSTONE has been thrown from a horse in Mongolia and once wrecked a bicycle in Angkor Wat. He is the author of many books, including Last Exit, Empress of Forever, and, with Amal El-Mohtar, the internationally bestselling This Is How You Lose the Time War. His dreams are much nicer than you’d expect.

“Last Exit is Max Gladstone’s best work yet, a novel carved by hand out of salt and rock and bone, a road broken clean through a dying country’s heart. This is what the Great American Novel wishes it could be: honest, furious, in love.”—Amal El-Mohtar, Hugo and Nebula Award-winning author

“How far would you go to save the world? Max Gladstone’s Last Exit answers resoundingly with an epic homage and powerful challenge to modern fantasy. What a stunning ride!”—Fran Wilde, two-time Nebula Award winning author of Updraft and the Gemworld series

“It's strange and wondrous and chilling and creepy and beautiful all at once. A book fit for our end-of-times times.”—Rebecca Roanhorse, New York Times bestselling author

“[A] deliriously strange novel of alternate universes and dysfunctional explorers. This gloriously metaphysical adventure will stick with you long after you return to the so-called real world.”—Hugo and Nebula Award-winning author Charlie Jane Anders

“Gives us the claustrophobia of impending collapse without losing the glimmer of hope. A wild ride into the darkness hiding under everyday life, like Gaiman’s Neverwhere with interstates and America instead of London and the Underground.”—Django Wexler, author of Ashes of the Sun

“Brilliant...a wonderful diversity of characters and relationships, with deep insight on how the characters’ differing traumas and marginalizations influence what they want. Blends fantasy, horror, and science fiction to produce a stunning, insightful novel that wants a better world just as much as its protagonists do.”—Publishers Weekly, starred review

“Thoughtful, action-packed, terrifying, and hopeful all at once, and has true, complicated friendships, found family, and queer love at its core. It’s an epic story with a complex, believable cast that asks the reader what it would truly take to find a world that’s better than our own.”—Booklist, starred review