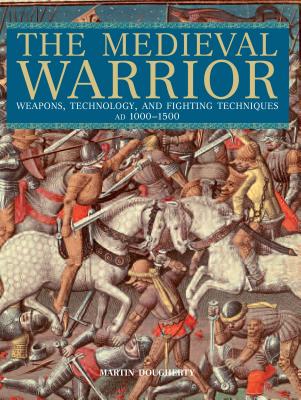 This richly illustrated book provides an overview of the medieval world and a guide to the typical battlefield and the armies that populated it. From the Battle of Hastings to the Battle of Agincourt, see in detail how the weapons and fighting tactics of archers, artillerymen, bowmen, knights, and even peasants developed over the centuries. -Chapters cover mounted knights, foot soldiers, missile troops, and siege weapons and techniques. - More than 300 color images and maps depict weapons, armor, equipment, and fighting tactics. - Step-by-step illustrations demonstrate combat skills--including how to fire a longbow, fight with a sword and a buckler, attack with a lance, defend with a pole axe, and many other techniques.

Martin Dougherty is a freelance writer and editor specializing in weapons technology, military history, and combat techniques. He is a contributor to Battles of the Ancient World, Battles of the Medieval World, and Battles of the Crusades.