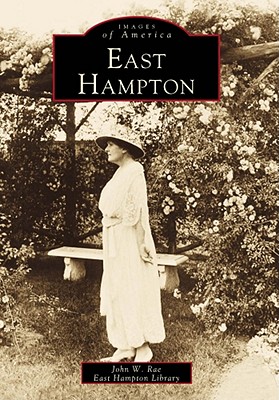 As early as 1895, seeking to avoid the summer heat of the city, executives, heirs and heiresses, bankers, and others began to flock to the countryside of East Hampton.

This influx began its second phase of development. Behind it lay the village's colonial heritage and ahead lay the estates and condominium subdivisions of today. With over 200 photographs, mostly gathered from the Long Island Collection of the East Hampton Library, East Hampton traces the dramatic development of one of America's foremost summer colonies. This photographic account reflects its early settlers and hotels, now only a memory; its distinctive shingle-style cottages; and images of elm tree-lined Main Street. Windmills, suffrage meetings on the village green, and of course fine homes designed by the most sought-after architects are recaptured in this enchanting pictorial history.