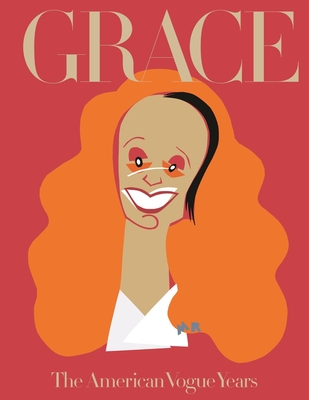 Grace Coddington's extraordinary talent and fierce dedication to her work have made her a global icon. Known through much of her career only to the fashion set, the 2009 documentary film, 'The September Issue' turned the celebrity-adverse Coddington into an international star. In 2016, after nearly thirty years as creative director of Vogue US, Coddington embarked on her new role as the magazine's creative director-at-large.

As featured in Allure, Architectural Digest, the Atlanta Journal Constitution, The Daily Telegraph, Dazed, ELLE Decor, the Financial Times, i-D, The Guardian, The Hollywood Reporter, the Las Vegas Review-Journal, the New York Observer, The New York Times, OUT, Palm Beach Illustrated, Vogue, W, Women's Wear Daily, and on The Cut and Refinery29; as heard on NPR's All Things Considered

"A fantastic record of so many iconic photographers, great styling and great work. If you're interested in fashion you've got to have it!" —Sir Paul Smith

"[Coddington] breathes new life into her shoots with behind-the-scenes stories about working with some of the world's most famous actors, photographers, artists and models." —FT.com

"The world as a stage, of fashion as a story, of glamour as a way of life [...] ladies and gentleman, welcome to Graceworld." —The Herald (Scotland)

"Grace Coddington is one of the greatest living stylists... Some of the most iconic and intoxicatingly romantic images in fashion history." —DazedDigital.com

"What's really interesting are the personal stories [...] and the anecdotes about working with the world's best photographers. The images are powerful and show the influences on her work of film, art, photography and literature." —Irish Times online

"There is something about a coffee-table book. The weight, the gloss, the unashamed escapism. There is also something about Grace Coddington, the creative director-at-large of American Vogue and one of fashion's most treasured image-makers. So, naturally, when the two combine, it's a delight." —ThePool.com

"Her highfalutin troupe of models, celebrities and photographers travel the world within these pages, and its locations span from the wild Dartmoor plains to the decadent insides of stately American homes. For fans of the fantastical, this glossy new release is the rabbit hole you'll struggle not to fall down." —TheCultureTrip.com

"Coddington has always been in a league all on her own; her incredible editorial fashion narratives virtually unmatched. They are lavish, bold beautiful and always tell a story, which to Coddington, "was as important as the fashion itself... The book is more than a simple collection of fashion spreads; it is "a life" spread over three decades, almost akin to looking back at a family photo album." —Image.ie, Jennifer McShane

"A compilation of her memorable sittings." —ELLE Decor

"Solidifies that Coddington's genius and creative mind will have a lasting effect in fashion for many, many years to come." —Interview Online