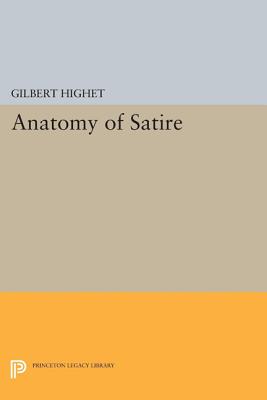 Literary satire assumes three main forms: monologue, parody, and narrative (some fictional, some dramatic). This book by Gilbert Highet is a study of these forms, their meaning, their variation, their powers. Its scope is the range of satirical literature--from ancient Greece to modern America, from Aristophanes to Ionesco, from the parodists of Homer to the parodists of Eisenhower. It shows how satire originated in Greece and Rome, what its initial purposes and methods were, and how it revived in the Renaissance, to continue into our own era.

Contents: Preface. I. Introduction. II. Diatribe. III. Parody. IV. The Distorting Mirror. V. Conclusion. Notes. Brief Bibliography. Index. Originally published in 1962. The Princeton Legacy Library uses the latest print-on-demand technology to again make available previously out-of-print books from the distinguished backlist of Princeton University Press. These editions preserve the original texts of these important books while presenting them in durable paperback and hardcover editions. The goal of the Princeton Legacy Library is to vastly increase access to the rich scholarly heritage found in the thousands of books published by Princeton University Press since its founding in 1905.