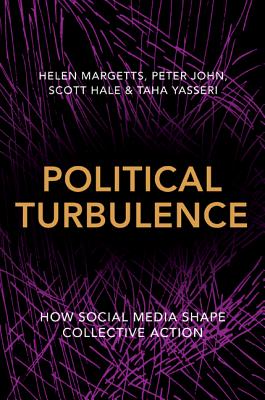 As people spend increasing proportions of their daily lives using social media, such as Twitter and Facebook, they are being invited to support myriad political causes by sharing, liking, endorsing, or downloading. Chain reactions caused by these tiny acts of participation form a growing part of collective action today, from neighborhood campaigns to global political movements. Political Turbulence reveals that, in fact, most attempts at collective action online do not succeed, but some give rise to huge mobilizations-even revolutions. Drawing on large-scale data generated from the Internet and real-world events, this book shows how mobilizations that succeed are unpredictable, unstable, and often unsustainable. To better understand this unruly new force in the political world, the authors use experiments that test how social media influence citizens deciding whether or not to participate. They show how different personality types react to social influences and identify which types of people are willing to participate at an early stage in a mobilization when there are few supporters or signals of viability. The authors argue that pluralism is the model of democracy that is emerging in the social media age-not the ordered, organized vision of early pluralists, but a chaotic, turbulent form of politics. This book demonstrates how data science and experimentation with social data can provide a methodological toolkit for understanding, shaping, and perhaps even predicting the outcomes of this democratic turbulence.