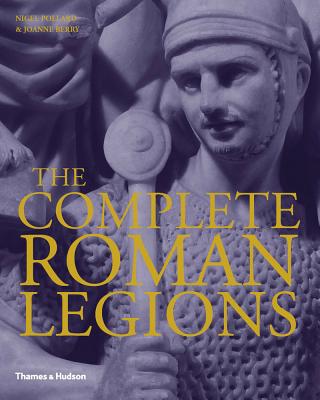 Written by two leading authorities and filled with informative illustrations, from inscriptions and armor to reconstruction paintings and contemporary reenactment groups

The legions of Rome were among the greatest fighting forces in history. For almost half a millennium they secured the known world under the power of the Caesars. This pioneering account gathers together the stories of each and every individual legion, telling the tales of their triumphs and defeats as they policed the empire and enlarged its borders.

• Part I examines the legions of the Republic from Rome’s foundation to Caesar’s legions and those of Octavian and Mark Antony in the civil wars.

• Part II provides “biographies” of all forty-five legions from 31 BC to the third century AD.

• Part III discusses the legions of Late Antiquity in the declining years of Rome’s hegemony.

• Datafiles on each legion and detailed box features on major topics complement the text.

Nigel Pollard lectures on Roman history and archaeology at Swansea University. His publications include Soldiers, Cities, and Civilians in Roman Syria.

Joanne Berry teaches ancient history and archaeology at Swansea University. She is the author of The Complete Pompeii and co-author of The Lives of the Romans, both published by Thames & Hudson.

Pollard and Berry offer a glossy, well-illustrated, general history of the Roman legions from their origins to late antiquity.
— Choice

What sets this book apart from the crown of typical works is the quality and clarity of the authors’ discussions and their effective use of images and graphics.
— The Historian