The Story of My Boyhood and Youth (Paperback) 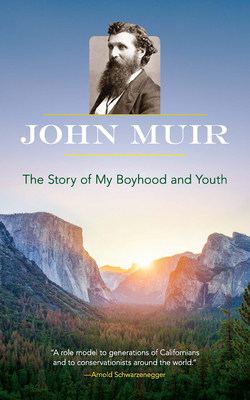 One of America's most important and influential naturalists, John Muir was a formative figure in the country's conservation movement and the establishment of the national park system. He was also a gifted storyteller, and in this series of essays he reminisces about his early years. Muir relates the circumstances that inspired and nurtured his fascination with the natural world, from his boyhood in Scotland to his years at the University of Wisconsin, where he "spent so many hungry and happy and hopeful days."
Born in Dunbar, Scotland, in 1838 and sent to school at the age of three, Muir studied Latin, French, and mathematics in the classroom and the Bible at home, under the tutelage of his strict father. At 11, his family emigrated to a frontier community in central Wisconsin, where the elder Muir purchased a small property and converted it into farmlands, carving cultivated fields out of the wilderness with the backbreaking labor of his children. Muir's natural curiosity shines throughout these recollections of prairie life, recapturing the intelligence, imagination, and stamina that blossomed despite harsh conditions. His mechanical ability helped him find a way into the wider world; when he exhibited his complicated wooden clocks and other remarkable inventions at the Wisconsin State Fair, he met individuals who served as his mentors and encouraged him to attend the university. Told in his own captivating voice, these memoirs offer fascinating insights into frontier life and the making of a great explorer and naturalist.

John Muir (1838-1914) ranks among America's most important and influential naturalists and nature writers. Devoted to the preservation of wilderness areas, Muir founded the Sierra Club and was active in the establishment of Yosemite National Park.