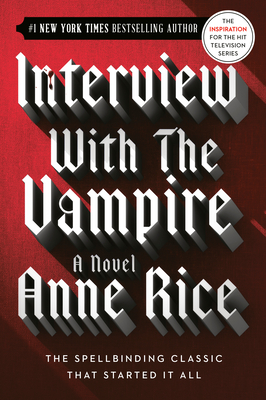 This is book number 1 in the Vampire Chronicles series.

The spellbinding classic that started it all, from the #1 New York Times bestselling author—the inspiration for the hit television series

“A magnificent, compulsively readable thriller . . . Rice begins where Bram Stoker and the Hollywood versions leave off and penetrates directly to the true fascination of the myth—the education of the vampire.”—Chicago Tribune

Here are the confessions of a vampire. Hypnotic, shocking, and chillingly sensual, this is a novel of mesmerizing beauty and astonishing force—a story of danger and flight, of love and loss, of suspense and resolution, and of the extraordinary power of the senses. It is a novel only Anne Rice could write.

“A magnificent, compulsively readable thriller . . . Rice begins where Bram Stoker and the Hollywood versions leave off and penetrates directly to the true fascination of the myth–the education of the vampire.”—Chicago Tribune

“If you surrender and go with her . . . you have surrendered to enchantment, as in a voluptuous dream.”—Boston Globe