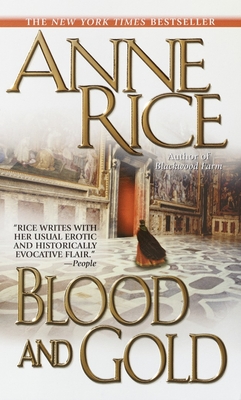 This is book number 8 in the Vampire Chronicles series.

Once a proud Senator in Imperial Rome, Marius is kidnapped and forced into that dark realm of blood, where he is made a protector of the Queen and King of the vampires–in whom the core of the supernatural race resides. Through his eyes we see the fall of pagan Rome to the Emperor Constantine, the horrific sack of the Eternal City at the hands of the Visigoths, and the vile aftermath of the Black Death. Ultimately restored by the beauty of the Renaissance, Marius becomes a painter, living dangerously yet happily among mortals, and giving his heart to the great master Botticelli, to the bewitching courtesan Bianca, and to the mysterious young apprentice Armand. But it is in the present day, deep in the jungle, when Marius will meet his fate seeking justice from the oldest vampires in the world. . . .

“Tantalizing . . . Sustains its impact from start to finish.”
–USA Today

“A MARVELOUS ADVENTURE . . . Rice continues to be a fascinating, immensely talented writer; she’s taking risks that few other popular authors would even contemplate. Readers . . . will be enthralled.”
–The Dallas Morning News

“DIFFICULT TO PUT DOWN. This is perhaps, the finest Vampire Chronicle [Rice] has penned.”
–Lambda Book Report