The Silent Landscape: The Scientific Voyage of HMS Challenger (Paperback) 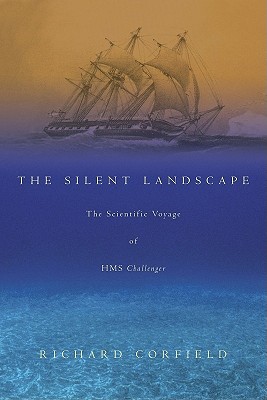 By Richard Corfield
$15.95
Email or call for price.

In 1872 HMS Challenger set sail from Portsmouth, England, to map and sample the ocean floor. This marked the birth of modern oceanography. By retracing Challenger's extraordinary voyage, we view our underwater landscape anew ? focusing on what 21st century science is now able to add to this incredible story.

The oceans make up more than two thirds of the Earth's surface. But they are as mysterious for what they conceal beneath their surfaces as they are familiar for their ubiquity. Deep below the susurrus swell of waves lies an alien world that we have only begun to explore. The quest to know more about this secret domain began in earnest in the late 1800s. In 1859, Charles Darwin's book On the Origin of Species by Means of Natural Selection set the scientific world abuzz with its radical theory of evolution, and sparked a feverish desire to know more about the workings of nature. Scientists became increasingly convinced that the ocean floor could provide proof ? or refutation ? of Darwin's theory of natural selection. They believed that the ocean floor was a haven for life that had long been extinct on land and that obscure fossil evidence culled from the depths could provide us with information on species that no longer existed topside. So an expedition was specifically designed and undertaken to investigate the natural history and geology of the ocean floor. With its emphasis on locating and retrieving fossil records that would test the new theory of evolution, Challenger's voyage was nothing less than a mission to choose between God and science.

Sailing three and half years and 69,000 nautical miles through burning tropical heat waves and stupefyingly cold Antarctic seas, and suffering further privations of hunger, storms, and sometimes crushing boredom between data-collecting surveys, Challenger dredged up thousands of samples from the sea floor and mapped enormous areas of undersea terrain. The final result was nothing short of a roaring success. So extensive were their findings that it was to take the scientists 19 years to completely examine and report on all their data. The final report, published in 1895, ran to fifty volumes. Most startling of all was the revelation that the ocean was not a silent landscape that serenely reflected Earth's past ? it was a gloriously vibrant ecosystem teeming with a variety and multitude of life on a scale we could scarcely imagine from our landlocked perspective.

Relying on the official documentation, logs, and journals of the ship's company, The Silent Landscape recounts the tale of an extraordinary voyage brought to life by 21st-century science. From the endangered coral reefs of the Caribbean to the trackless depths beneath the western Pacific, The Silent Landscape takes us on an epic journey across time.