The Bin Laden Papers: How the Abbottabad Raid Revealed the Truth about al-Qaeda, Its Leader and His Family (Paperback) 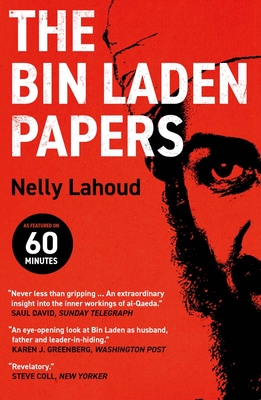 As seen on 60 Minutes

“Never less than gripping. . . . [Offers] an extraordinary insight into the inner workings of al-Qaeda, both before and after 9/11, and lays bare the terrorist organisation’s closely guarded plans, ambitions and frustrations.”—Saul David,Sunday Telegraph

In this groundbreaking book, Nelly Lahoud dives into Bin Laden’s files and meticulously distills the nearly 6,000 pages of Arabic private communications. For the first time, al-Qaeda’s closely guarded secrets are laid bare, shattering misconceptions and revealing how and what Bin Laden communicated with his associates, his plans for future attacks, and al-Qaeda’s hostility toward countries such as Saudi Arabia, Iran, and Pakistan. Lahoud presents firsthand accounts of al-Qaeda from 9/11 until the elimination of Bin Laden, in his own words and those of his family and closest associates.

Nelly Lahoud is associate professor of security studies in the Department of National Security and Strategy at U.S. Army War College. She is also a senior fellow in New America’s International Security program. She is the author of three books, including The Jihadis’ Path to Self-Destruction.