Woman: The American History of an Idea (Hardcover) 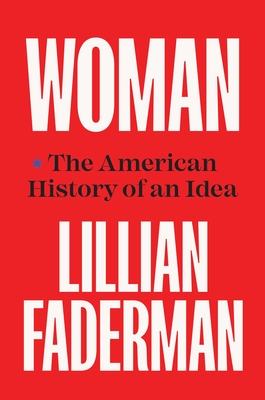 A comprehensive history of the struggle to define womanhood in America, from the seventeenth to the twenty-first century

“An intelligently provocative, vital reading experience. . . . This highly readable, inclusive, and deeply researched book will appeal to scholars of women and gender studies as well as anyone seeking to understand the historical patterns that misogyny has etched across every era of American culture.”—Kirkus Reviews, starred review

What does it mean to be a “woman” in America? Award-winning gender and sexuality scholar Lillian Faderman traces the evolution of the meaning from Puritan ideas of God’s plan for women to the sexual revolution of the 1960s and its reversals to the impact of such recent events as #metoo, the appointment of Amy Coney Barrett to the Supreme Court, the election of Kamala Harris as vice president, and the transgender movement.

This wide-ranging 400-year history chronicles conflicts, retreats, defeats, and hard-won victories in both the private and the public sectors and shines a light on the often-overlooked battles of enslaved women and women leaders in tribal nations. Noting that every attempt to cement a particular definition of “woman” has been met with resistance, Faderman also shows that successful challenges to the status quo are often short-lived. As she underlines, the idea of womanhood in America continues to be contested.

Lillian Faderman is professor emerita at California State University, Fresno. Her books on the history of gender and sexuality have won numerous prizes, including seven Lambda Literary Awards, two Stonewall Book Awards, and the Anisfield-Wolf Book Award. She lives in La Jolla, CA.

“An ambitious attempt to delineate nothing less than the changing state of being female in this country over the past four centuries. Woman is exhaustively researched and finely written.”—Alexandra Jacobs, New York Times

“An intelligently provocative, vital reading experience. . . . This highly readable, inclusive, and deeply researched book will appeal to scholars of women and gender studies as well as anyone seeking to understand the historical patterns that misogyny has etched across every era of American culture.”—Kirkus Reviews, starred review

“A comprehensive and lucid overview of the ongoing campaign to free women from ‘the tyranny of old notions.’”—Publishers Weekly

“The author’s impressive array of examples amply prove her central point, that oppressive ‘formulations of the idea of woman—notwithstanding some modifications here and there—kept a tyrannical hold in America for four hundred years.’”—Barbara Spindel, Christian Science Monitor

“Fascinating. . . . Few books are timelier than Woman. . . . Will be a rite of passage for generations of LGBTQ folk.”—Kathi Wolfe, Washington Blade

“Lillian Faderman’s is a book many of us have been waiting for, the first comprehensive history of American women to capture the rich discoveries that have been made over the last half century, juxtaposing the abstraction of ‘woman’ with the range, resilience, and resistance of real women.”—Ellen Carol DuBois, author of Suffrage: Women’s Long Battle for the Vote

“A rewarding read. Pioneering scholar Lillian Faderman illuminates how concepts of female difference and inferiority stubbornly persist and captures the ongoing struggles of women to free themselves from the idea of ‘woman.’”—Kathy Peiss, University of Pennsylvania

“A sweeping history of conceptions of women by themselves and others told through fascinating stories that get the reader to turn the page.”—Claudia Goldin, author of Career and Family: Women’s Century-Long Journey toward Equity

“A wide-ranging, deeply researched, and very well written survey of how the idea of woman has been deployed over more than three centuries of American history.”—Susan Ware, author of Why They Marched: Untold Stories of the Women Who Fought for the Right to Vote

“With dazzling scholarship and monumental vision Faderman has, with illuminating detail and persuasive argument, brilliantly woven a rich tapestry of how the American ‘woman’ has been created and re-created over centuries.”—Michael Bronski, author of A Queer History of the United States 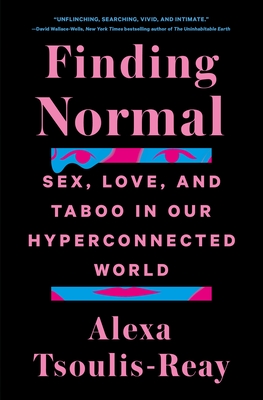