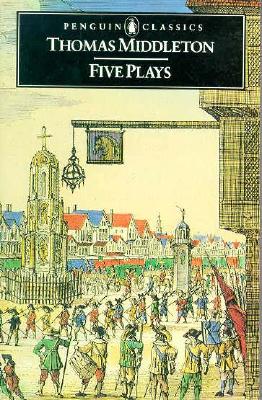 Thomas Middleton was one of the most prolific and fascinating playwrights of the Jacobean era, producing nearly fifty theatrical pieces in a quarter of a century. This collection comprises five of his most powerful plays, from the comedies satirizing city life, A Trick to Catch the Old One and A Chaste Maid in Cheapside, to his later tragedies Women Beware Women and The Changeling, in which Middleton reveals a world dominated by the corrupting power of lust and subject to the futility of human pretensions. Also included is The Revenger's Tragedy, originally ascribed to Cyril Tourneur, a Revenge Play infused with sardonic wit and biting irony.

Thomas Middleton (1580-1627), one of the greatest of Jacobean dramatists, was born the son of a well-to-do London bricklayer. He went to Oxford but seems not to have gained a degree. Thereafter he pursued the precarious career of a professional writerin London. In a quarter of a century he wrote, either on his own or in collaboration, nearly fifty plays and other theatrical pieces. His greatest contemporary success was A Game at Chess, which was suppressed by the government.