Do Not Disturb: A Novel (Paperback) 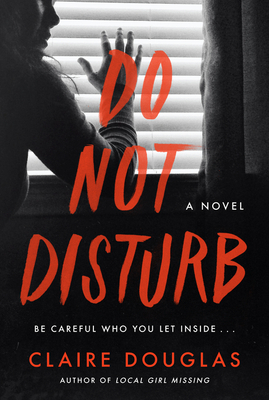 From the award-winning author of The Sisters, Local Girl Missing and Last Seen Alive, comes a taut psychological thriller in which family secrets and hidden pasts build to a violent climax in a guesthouse among the idyllic Welsh mountains.

Following a traumatic event in London, Kirsty Woodhouse packs up her family and moves back to her native Wales. There she sets up her new home with her husband and two young daughters, and goes into business with her difficult mother managing a guesthouse in the Brecon Beacons.

But when the guesthouse is ready to be occupied, Kirsty encounters the last person she ever expected to see: her estranged cousin Selena. It has been seventeen years since they last talked—when Selena tore everything apart between them.

Why has she chosen now to walk back into Kirsty's life? Is Selena running from something too? Or is there an even darker reason for her visit?

As Kirsty becomes increasingly concerned for the safety of her daughters, her dream home begins to feel like her worst nightmare.

Kirsty knows that once you invite trouble into your home, it can be murder getting rid of it . . .

Claire Douglas has worked as a journalist for fifteen years, writing features for women’s magazines and newspapers, but she’s dreamed of being a novelist since the age of seven. She finally got her wish after winning Marie Claire’s Debut Novel Award for her first book, The Sisters, which became a bestseller. She lives in Bath, England, with her husband and two children.