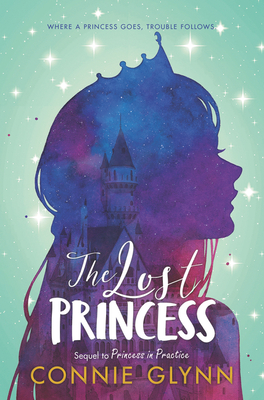 This is book number 3 in the Rosewood Chronicles series.

Danger is hiding in plain sight in this third installment in YouTube star Connie Glynn’s Rosewood Chronicles, perfect for fans of Meg Cabot and Shannon Hale.

Lottie Pumpkin had always assumed that nobody could be more protected than a princess. That is, until she became one.

In the two years that she’s known Ellie Wolf, the rebellious princess hiding her identity, Lottie has been anything but safe. And now they’re facing the greatest danger yet—Leviathan, the secret organization intent on taking the princess down.

When Leviathan forces them to travel to their beloved Rosewood Hall’s sister school in Japan, they see that nowhere is beyond Leviathan’s long reach. Only a secret band of students calling themselves Banshee seem to be fighting against the evil that Leviathan plans.

But will long-buried secrets take the friends down before Leviathan does?

Connie Glynn has always loved writing. She wrote her first story when she was six, with her mum at a typewriter acting as her scribe. This passion for stories has never left her, and Connie recently finished her degree in film theory. It was at university that Connie started her hugely successful YouTube channel, Noodlerella. There Connie vlogs about her passions, which include comics, cartoons, impressions, video games, cosplay, and all things cute. Connie’s channel has nearly one million subscribers and over 88 million views.

PRAISE FOR THE ROSEWOOD CHRONICLES: “YouTube personality Glynn takes this wish-fulfillment premise and spins it with all the subtlety of cotton candy... Cinderella meets Mean Girls while at Hogwarts.”
— Kirkus Reviews

“With a message of kindness, YouTube star Glynn’s middle grade debut, a series opener, is a story of devoted friendship and fierce loyalty that is sure to win readers over.”
— Publishers Weekly

“This first in a series is a quick read with hints of light romance... An engaging boarding school story.”
— School Library Journal

“This updated take on The Prince and the Pauper is enhanced by the lightest touch of magical realism... but ultimately this is a tale of friendship and belonging. Doors are left open for a sequel, and readers will be eager to see where they lead.”