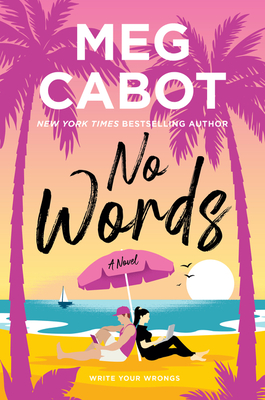 This is book number 3 in the Little Bridge Island series.

Meg Cabot, #1 New York Times bestselling author of The Princess Diaries, returns to Little Bridge Island with a new story about a children’s book author with a case of writer’s block and an arrogant novelist who have to set aside their differences as they get through a weekend long book festival that just might change everything—including their feelings for each other.

Don’t Judge a Book by Its Author...

Welcome to Little Bridge, one of the smallest, most beautiful islands in the Florida Keys.

Then Jo’s given an offer she can’t refuse: an all-expense paid trip to speak and sign at the island’s first ever book festival.

Even though arrogant Will is the last person Jo wants to see, she could really use the festival’s more-than-generous speaking fee. She’s suffering from a crippling case of writer’s block on the next installment of her bestselling children’s series, and her father needs financial help as well.

Then Jo hears that Will is off-island on the set of the film of his next book. Hallelujah!

But when she arrives on Little Bridge, Jo is in for a shock: Will is not only at the book festival, but seems genuinely sorry for his past actions—and more than willing not only to make amends, but prove to Jo that he’s a changed man.

Things seem to be looking up—until disaster strikes, causing Jo to wonder: Do any of us ever really know anyone?

Meg Cabot’s many books for both adults and tweens/teens have included multiple global and #1 New York Times bestsellers, selling over twenty-five million copies worldwide. Her Princess Diaries series has been published in more than 38 countries and was made into several hit films by Disney. Meg is still waiting for her real parents, the king and queen, to restore her to her rightful throne. She currently lives in Key West, FL, with her husband and various cats.

“I’d read a cereal box if it was written by Meg Cabot.”
— Julia Quinn

“No Words will have anyone in the writing industry chuckling at the insider references while delighting anyone who enjoys reading — and wants to find redemption for snide comments said in the past.”
— Zibby Owens for GMA.com

“This third trip to Little Bridge—following No Judgments (2019) and No Offense (2020)—puts Cabot’s trademark wit and vibrant characters on full display. … The charming small-town setting, intriguing hate-to-love romance, and authentic look behind the scenes of a literary get-together make for a winning combination. This frothy, made-for-summer read earns its place poolside.”
— Kirkus Reviews

“The prolific Meg Cabot is an expert in matters of the heart, having written love stories between characters from middle school to middle age... Cabot is a whiz at writing dialogue that’s both charming and believable, and she riffs on her years of experience in the publishing industry in snarky, silly ways that will bring readers plenty of laughs alongside this love story.”
— BookPage

“As in Cabot’s previous adult romances (e.g., The Boy Is Back), our heroine’s wit and humor and determination to stay the course shines through in this breezy story that is a pure delight to read.”
— Library Journal

"Meg Cabot keeps the girls eating … With a sunny island backdrop populated with loveable characters, this is the perfect sexy spring/summer read to lose yourself in, with a sweet good-hearted protagonist and a dependably swoon-worthy love interest who you just *know* smells good."
— Bolu Babalola, international bestselling author of Love in Color